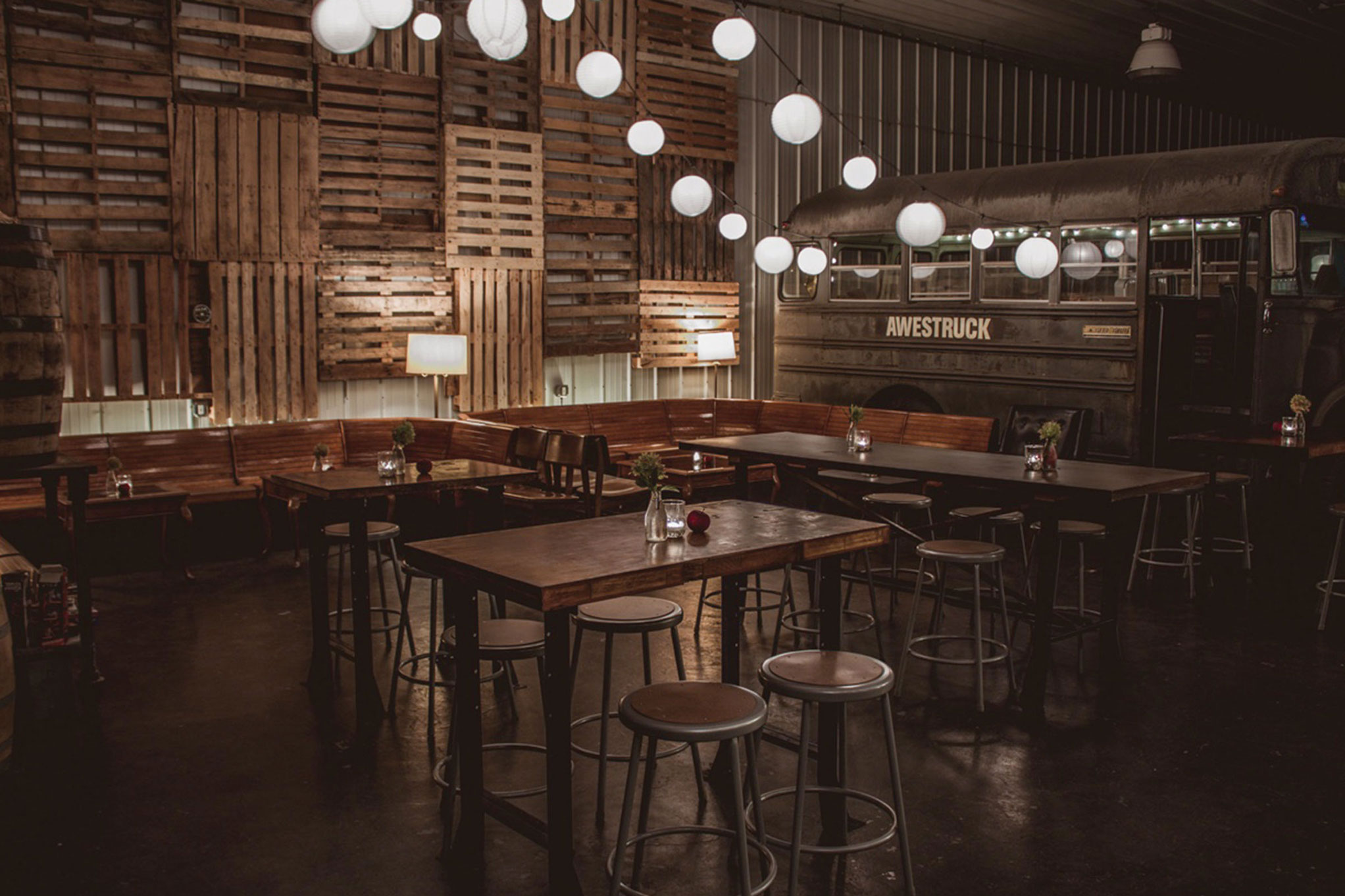 AT AWESTRUCK, THEIR NAME is their mission – they craft hard ciders that will leave you, well…awestruck! They have an insatiable thirst for tweaking, testing, and experimenting with apple varietals, yeast species, and botanical ingredients to push the boundaries of what hard cider can be. Their favorite comment from new taste testers? “Wow! This is hard cider?!”.

Awestruck’s four flagships are each unique, yet approachable. Hibiscus Ginger is rose-colored, fizzy, and subtly spicy, like a tropical ginger ale; Apples & Pears is an easy-drinking fusion of fresh apple and juicy, succulent pear; Lavender Hops is crafted by steeping cider with pounds of culinary dried lavender and citrusy hop varietals, at once deeply aromatic and juicy; and Dry Apple + Oak captures the essence of artisanal fermentation – clean, faintly woody, subtly fruity, and deeply evocative of early autumn in Upstate New York.

After years spent working as contractors to fund their voracious appetite for travel and new taste discovery, Casey Vitti and Patti Wilcox returned to their hometown of Walton, NY, to found Awestruck in 2013. Inspired by the abundance of fresh, delicious apples throughout the Hudson Valley, they created Awestruck Ciders to blend their home region’s apple growing heritage with their favorite flavors from around the world.

From their humble roots in a 2,000 square foot, renovated section of a local lumberyard, Awestruck has grown into an industrious team of seventeen employees, collaboratively working on everything from building the taproom bar, to composing their social media posts, to hand labeling each of their 750ml bottles.

Creating new limited and seasonal offerings, and satisfying their thirst to experiment and produce new tastes and experiences is Awestruck’s true passion. They work with local orchardists and farmers and make all of their ciders from pure, fresh-pressed New York state apples—never from concentrate, and never watered down.

As part of a recent expansion, a taproom was opened at their 8,000 square foot production facility in Sidney, NY. It has evolved into a cozy bar-restaurant with seventeen rotating taps of unique and limited offerings along with a variety of local craft beers. At the taproom you can taste one-off ciders that are made one keg at a time. You can sit aboard a 1970s school bus situated adjacent to the bar, and compose magnetic poetry on the walls and ceiling! They offer a small comfort food menu designed to pair with their ciders and satisfy hungry customers. Visit Thursday through Saturday from 3-10pm, and Sunday from 11am-5pm—tours and tastings are available by appointment.