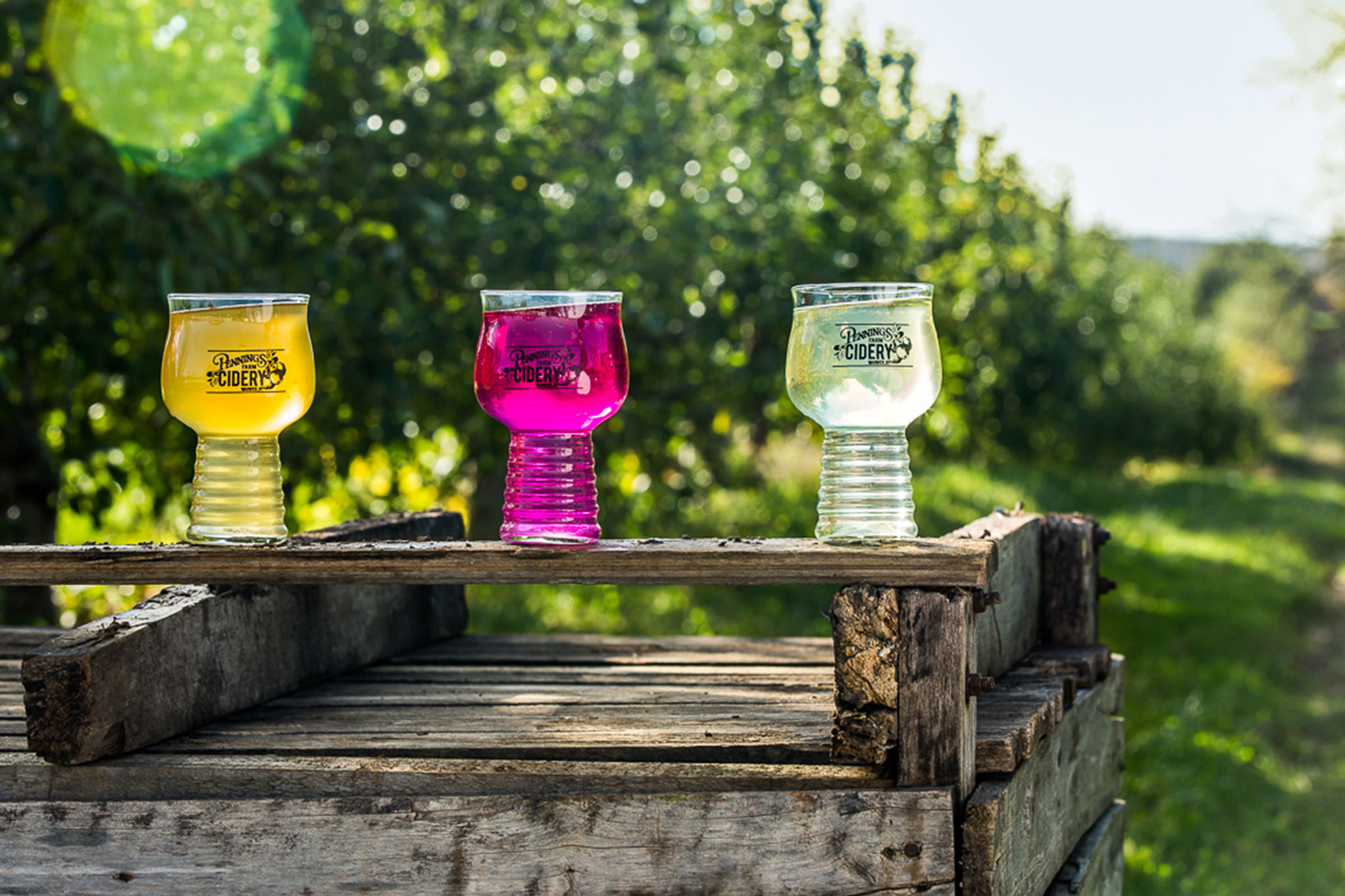 FARMING IS NOT A PASSING TREND for the owners of Pennings Farm Cidery. The shared vision to return to the tradition of growing your own is ingrained in the brother and sister partners. Stephen Pennings Jr. (SJ) and Tori Pennings were born and raised on the 100+ acre Pennings Farm that has been in their family for nearly four decades. Following several years living off-farm while pursuing academic interests and professional endeavors, the cider siblings returned to take on the challenge of adding Pennings Farm Cidery to the family farm empire.

The property in its entirety houses multiple family-owned and operated businesses. Pennings Farm Market, now a multi-dimensional retail business, began as a roadside farm stand that has matured into a year-round farm market, garden center, grill and pub owned and operated by Jill and Steve Pennings, parents of SJ and Tori. Pennings Farm Market stays as fresh as the seasons with elaborate pop-up style departments that include an outdoor beer garden, ice cream stand, donut shack, and a winter indoor beer garden. Pennings Apple Orchard, under the ownership of uncle Jack Pennings and cousins Jack and Monica Pennings, stretches across more than half of the family farm’s acreage, part of which is owned and managed by Steve and Jill Pennings.

It’s truly plot to production to pint at Pennings Farm Cidery. Owning an orchard sets the Cidery apart allowing them to produce faithfully from the ground up. Soon the orchard will include a section solely for growing cider-specific apples. The Pennings have first-hand knowledge and experience managing their hard cider through all stages from the ground to the glass. SJ maintains his own version of the Farmer’s Almanac, lightheartedly titled, S.O.P.s for Cider Making S.O.B.s. This sort of playbook includes notes on crop management, status, variety, and harvest, as well as observations of surrounding farms that produce the locally grown fruits and vegetables that may be incorporated into Penning’s signature libations.

Even with this fully-stocked armory of history, land, farming expertise, and community networking and collaboration, some of the team’s best brainstorm sessions happen during unplanned after-work casual meetings. There exists a time known as “shifty o’clock” on Pennings Farm when the crew meets at the pub, the tap room or the beer gardens to imbibe on a complimentary end-of-the shift beverage of choice. With an extensive menu of craft beverages to choose from, including a menu of at least 10 proprietary hard ciders, these meetings of the minds are uninhibited in nature leading to creative product names, the development of special events, and bonding that makes the team more of an extended farm family than just co-workers.