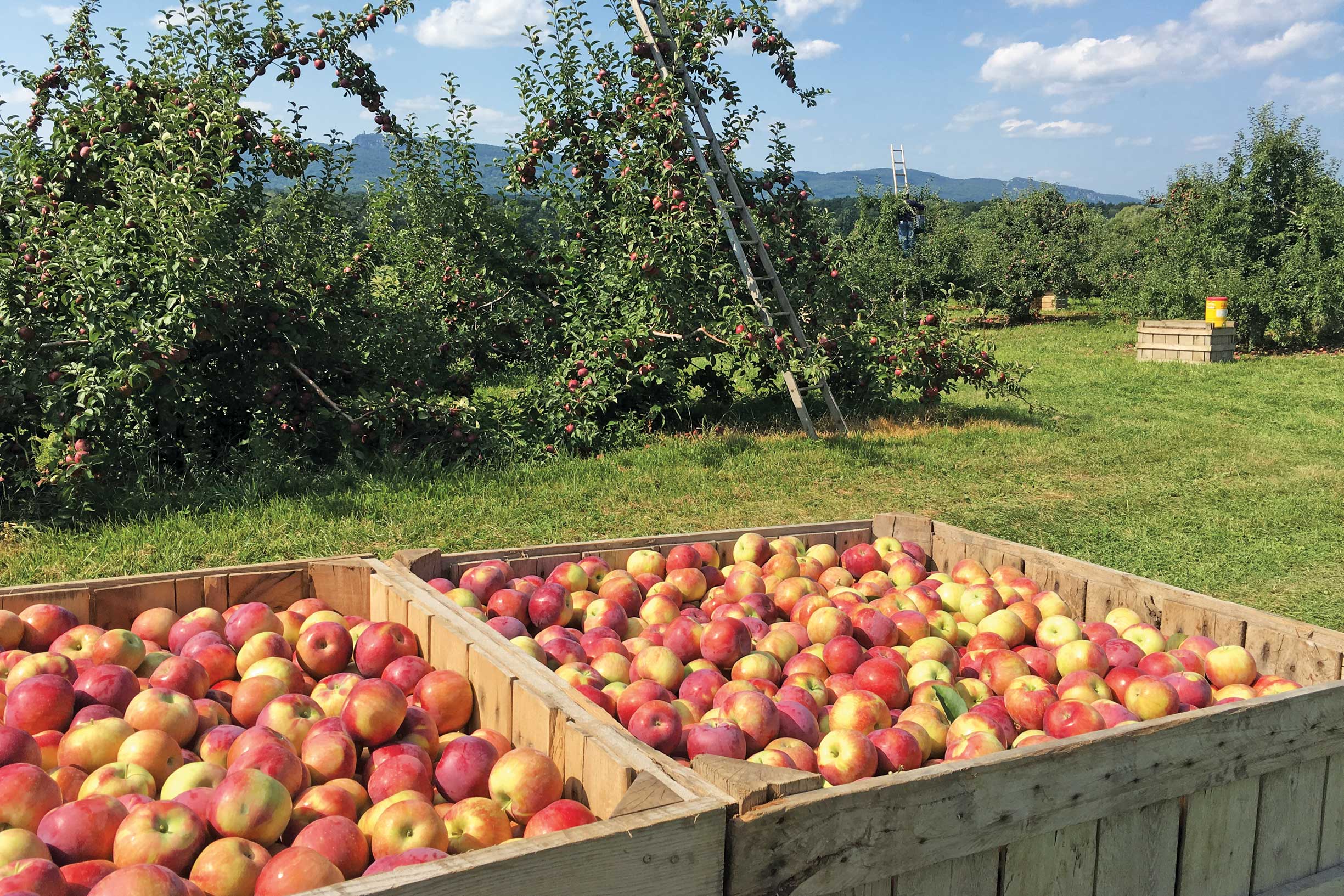 KETTLEBOROUGH CIDER HOUSE originated on Dressel Farms in New Paltz, NY, and began producing small-batch hard cider in 2012. After graduating from Cornell in 2007, Tim Dressel originally intended to open a craft winery, and immediately began growing wine grapes. While waiting for the new vineyard to come to maturity, the hard cider craze began sweeping the nation. Given how many apples Dressel Farms grew, it seemed only logical to shift attention from wine to hard cider. The winery dream never went away, however, and its ciders are noticeably influenced by winemaking techniques and styles.

The mentality behind Kettleborough’s cider making practices is firmly rooted (pun intended) in its orchard-centric approach. Dressel Farms has been growing high- quality apples for more than 60 years, so the makers understand that without good fruit, good cider isn’t possible. Ask any cider (or wine) maker and they’ll tell you that proper chemistry in their juice can make or break the final product.

Kettleborough relies heavily on a scientific methodology to agriculture andcider making, working closely with Cornell Extension horticulturalists, pomologists, and entomologists to make sure it utilizes the most effective and sustainable growing techniques available today. Ironically, Kettleborough has also planted numerous heirloom apple varieties, known for their superior hard  cider qualities, that have been recently resurrected from near extinction.

While it’s easy to say that Kettleborough is out to make America a cider-drinking country again, its goal is simply to bring the best product possible to its customers. It’s still a very small operation, providing the advantage of freedom to experiment and create the way it wants to, on its own agenda. Kettleborough believes that by making quality ciders and educating consumers on the dynamic range of flavors and styles that ciders can bring, it can ensure a bright future for hard cider in the USA.

Since 2008, Kettleborough has been sporadically planting small lots of European and American heirloom hard cider apple varieties. In 2016, after years of new plantings and growth, the yield was finally good enough to create the first commercial cider release made entirely from these ancient apples. Huguenot Cider, named after the original French settlers of New Paltz, is an homage to classic French cider making. True to form, it is dry, tannic, and a little bit funky. A must-try for any cider purist!